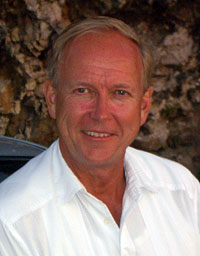 Educated at the Stockholm School of Economics, Chalmers University of Technology in Gothenburg and the Royal Swedish Airforce, Anders Widén has over 20 years experience as CEO of Tetra Pak and Volvo subsidiaries and other global market leaders in the following industries:

Companies ranging from start ups to PCL’s in nine countries over four continents.

As a strategic marketing communications advisor to some of the world’s leading corporations in Asia and Mentor for several of their local managing directors.

Anders has during four years been partner in an innovative industrial technology venture capital holding, based in London with six European ventures, holding board member positions in several companies.

The Queen, a modern day and age Mentor with enNOBLE’s Anders Widén

Cross culture management- and residence-experience ranging from Madrid to Mexico City, Bangkok to Buenos Aires, London to Lahore and Stockholm to Toronto, sometimes under severe conditions and in environments where respect for borders, languages, nationality, race and religion are intrinsic to success.